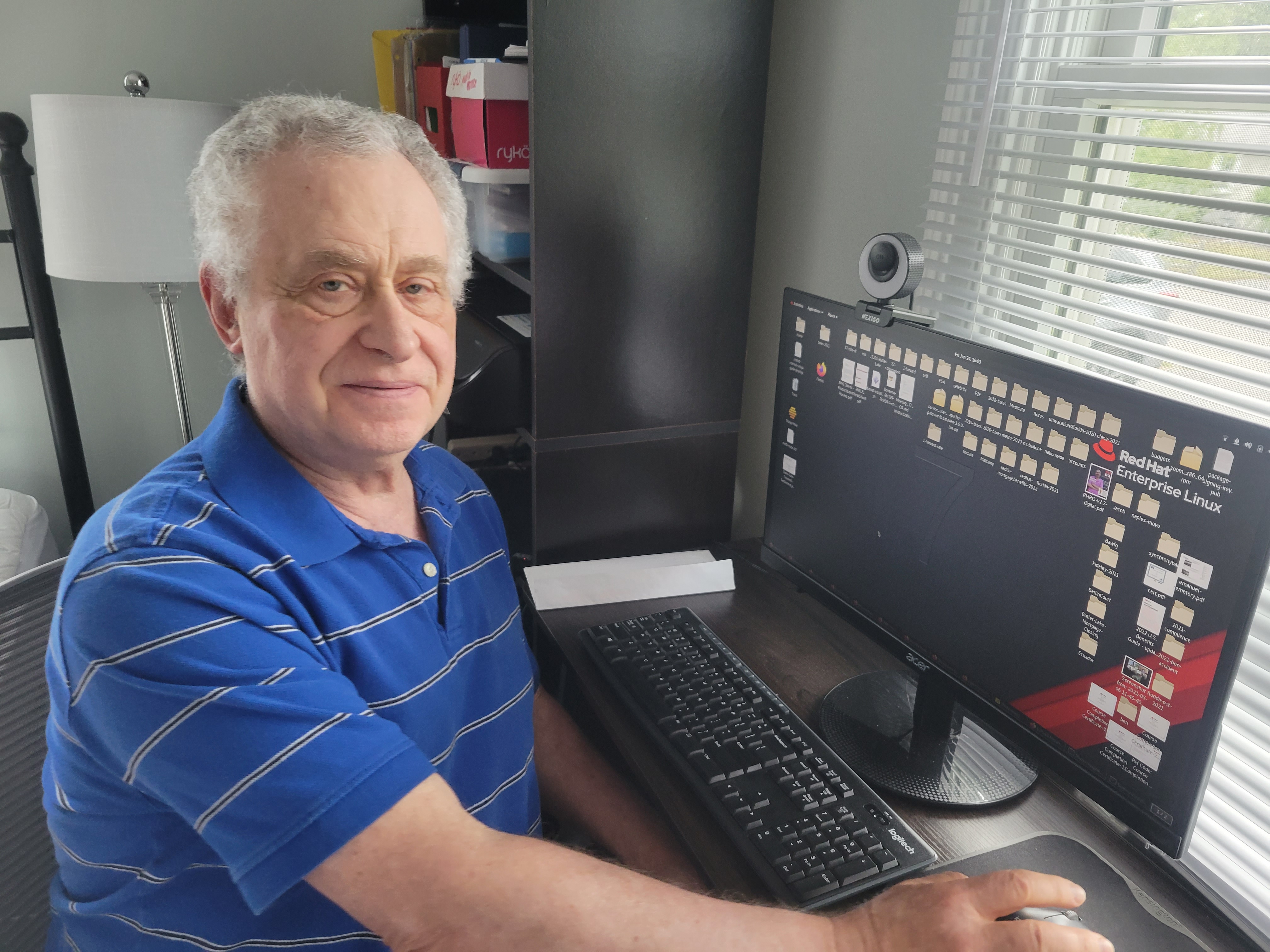 For some people over 60, digital technology is like a foreign language. But 2Life residents are fortunate to have a trusted tech interpreter in volunteer Ben Boverman. A retired engineering
professional, Ben works with residents in the computer centers at our Brighton, Golda Meir House, and Colman House campuses.

Whether residents need help logging into their email or dealing with a puzzling computer glitch, Ben is ready to dive in. “He is very dedicated, friendly and willing to help,” says Anna Verbuk, 2Life technology and training manager. “Because he is close in age to many of our residents, Ben is able to relate well to them.”

But Ben doesn’t just speak fluent technology. Originally from Ukraine, he is able to assist Russian-speaking residents in their native language. That came into play during the pandemic, when he helped many at 2Life learn to use Zoom and other technologies to stay connected with family and friends.

For his part, Ben enjoys solving problems — but he also enjoys connecting with people. “Here at 2Life, I get to meet a lot of people who have interesting life stories. I have been genuinely moved by them,” he says. “It’s not just technical work, it’s social work.”

Ben’s commitment to helping others extends beyond 2Life Communities. He’s actively engaged in assisting refugees of the war in Ukraine as a volunteer for the Jewish Family & Children’s Service in Waltham, and is helping provide financial support for three Ukrainian families in Europe and the U.S. “This unjust war is occurring in a place where I used to live. It doesn’t take a great stretch of imagination to realize that I could have been there now,” he says, noting that he was fortunate to emigrate to the United States in the 1970s. “I see myself in those people.”

Giving back is personal for Ben — whether it’s 2Life residents or families in need overseas. “When we came to the U.S. 45 years ago, we benefited greatly from the local Jewish community. Now, I seek every opportunity to give back,” he says. “But it’s really a two-way street. The giver gets more in return than the taker.”

2Life Communities, Hebrew SeniorLife, and First Parish in Brookline united in Coolidge Corner for "the Blessing of the F(l)eet!: An Interfaith...

Opus: A community of like-minded people is taking shape

Sometimes, a new idea is enthusiastically embraced by consumers hungry for something better. That’s the case with 2Life’s Opus initiative. Ground has...

When you pass Tarita Henry in the hallway at 2Life Communities, be prepared to receive a hearty “good morning” and a smile. “That’s just the type of...